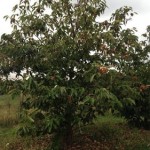 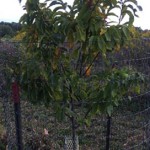 Our first species is the American chestnut (Castanea dentata) sometimes called the “Sequoia of the East”. This species was once found thriving throughout eastern forests from central Maine west to southeastern Michigan, and south to northern Mississippi, Alabama, and Georgia. 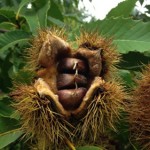 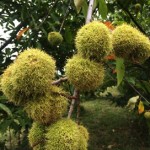 Early 20th century estimates indicated that these trees numbered closed to 4 billion with the finest, most productive stands found in the Appalachian Mountains and southern New England. American chestnut is a fast growing species that can reach a pinnacle of 120 feet high and 10 feet or more in diameter. The majority of the mature trees were between 3 and 5 feet in diameter and 60 to 90 feet high. The fruit from this tree has been a valued food source for humans, wildlife, and livestock alike. Timber from this former giant is naturally rot-resistant and nearly as durable as oak yet lighter.

American chestnut populations went into decline after the introduction of chestnut blight. 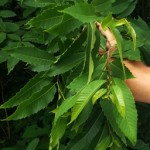 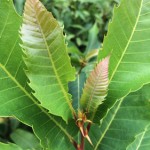 Chestnut blight is caused by the fungal pathogen (Cryphonectria parasitica), and was accidentally introduced into the American population by imported Asian chestnut trees a century ago. American chestnut is highly susceptible to the fungus which enters the tree through any small wound or crack in the bark. The fungus replicates beneath the bark and produces toxins which lead to plant cell death. The fungus continues to grow until it has circumnavigated the tree and effectively stopped the flow of nutrients. Everything above the girdled circle of fungus will die. The primary symptoms of chestnut blight disease are a sunken canker and orange spores covering the bark. 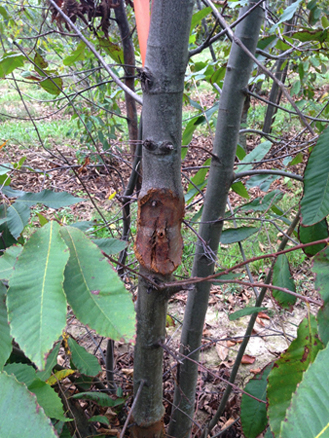 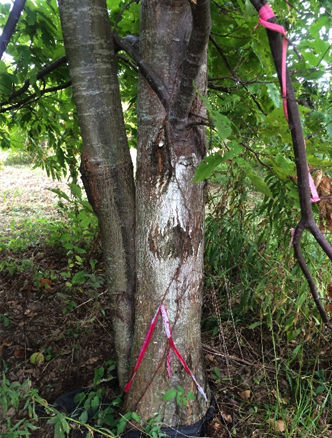 American chestnut has survived thus far because it has the ability to sprout from roots and stumps of diseased trees. However, these trees rarely live to maturity thus are often unable to flower and bear fruit. Numerous efforts to restore the tree to its former glory have been and are currently being attempted. Thus far, two of the most effective methods of breeding for resistance are hybridizing with resistant Asian parents and attempting to intercross surviving pure American chestnuts. The HTIRC within the Forestry and Natural Resources Department at Purdue University is working on hybridization of American chestnuts with Asian chestnuts for future restoration of resistant American-like chestnuts for Indiana.