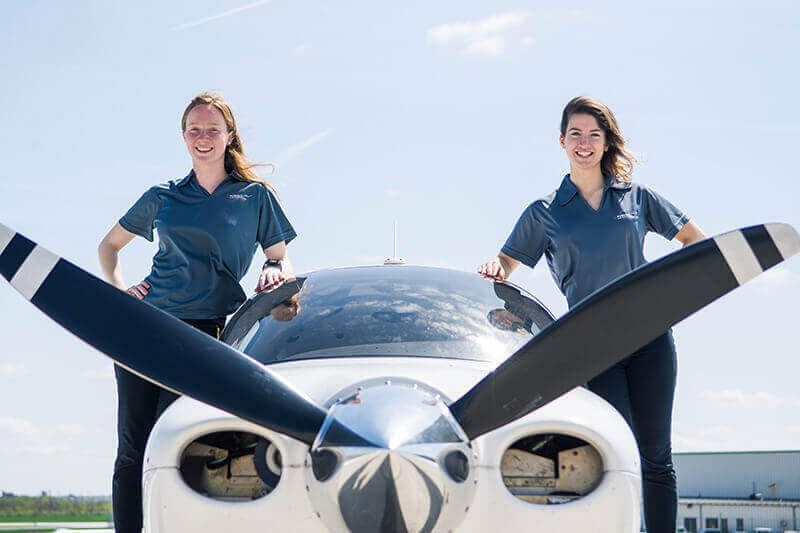 WEST LAFAYETTE, Ind. — On the ground, the Purdue University teams competing in this year’s Air Race Classic are friends, part of the 7% of certified pilots who are female.

All of the Purdue participants say they enjoy the camaraderie among the teams. But once they take to the skies, the pilots admit, everyone’s competitive nature takes over.

“All the racing ladies are really fun and we’ll hang out with the other collegiate teams before the race,” said Tiffany Imhoff, one of the participants. “But during the race, attitudes change a little bit because everyone wants to come out on top. But everyone still cares for safety, which is important.”

Purdue University is represented by Imhoff, a senior, and her co-pilot, junior Nina Bouthier. Both are students in the Professional Flight program. 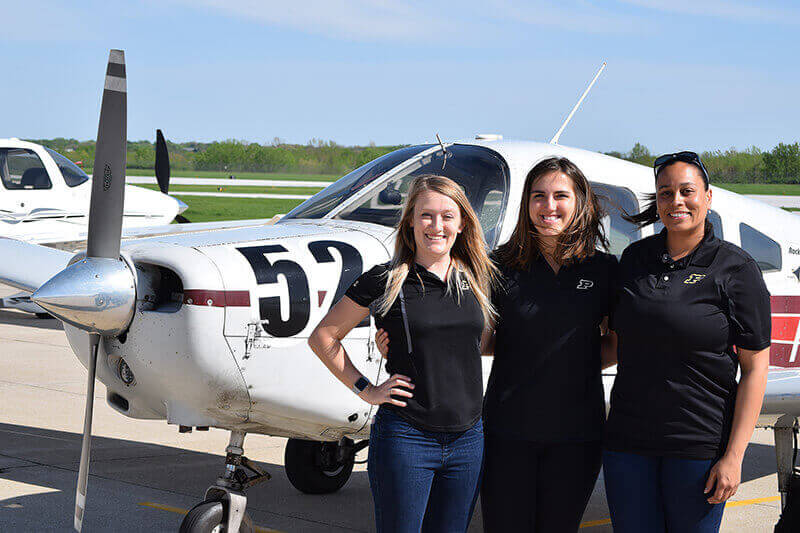 “You feel so competitive, but then you enjoy being in the sky and flying,” Troyer said. “It’s a mixture of wanting to win and wanting to enjoy it as you go along.

“We’re all in this together. We’re all females in the aviation industry, so it’s comforting to see so many female pilots joining us in the race.”

This is the third year in a row, and the fourth race since 2005, in which more than one Purdue team has entered the race. Purdue has been represented by a team in the Air Race Classic for more than 20 years.

The race takes place June 18-21 and runs a total of 2,538 miles with a route chosen to present challenges to the racers, provide a variety of learning opportunities and yet be within the endurance range of the slowest airplanes.

Pilots, who follow a different race route each year, will begin flying from Jackson, Tennessee, and finish in Welland, Ontario, Canada.

The south-north route is a change for both teams compared with the primarily east-west and west-east routes of previous years.

“So we’ll have this crosswind that’s going to happen,” Troyer said. “We’re going to have to adjust the airplane accordingly as we go through the route.”

Imhoff was excited by the route going through Canada this year.

“It’s another learning opportunity we get this year, going through customs and the border in a small airplane,” she said.

For both teams, the cross-country race means the pilot and co-pilot will trade off responsibilities, swapping between flying and navigation/communications during different portions of the route.

In addition to the pilot and co-pilot, a ground crew works to give racers the best and fastest route for their journey. Crew members analyze weather conditions, including winds and front locations, as well as forecasts and hazardous weather. The crew also calculates fuel burn and helps with decisions on whether to try flying the next leg of the race or wait for better weather.

The cross-country competition is not a standard race. Each plane receives a unique time handicap before the race. The team that beats its handicap by the largest margin wins.

This is the 90th year for the race, which began in 1929 as the Women’s Air Derby. The inaugural race had a field of 20 women pilots that included Amelia Earhart, who would later join Purdue University.

The current race is the longest-running air race in the U.S.

Note to Journalists: The pilots and crew for both Purdue race entries will be available for interviews until June 14.