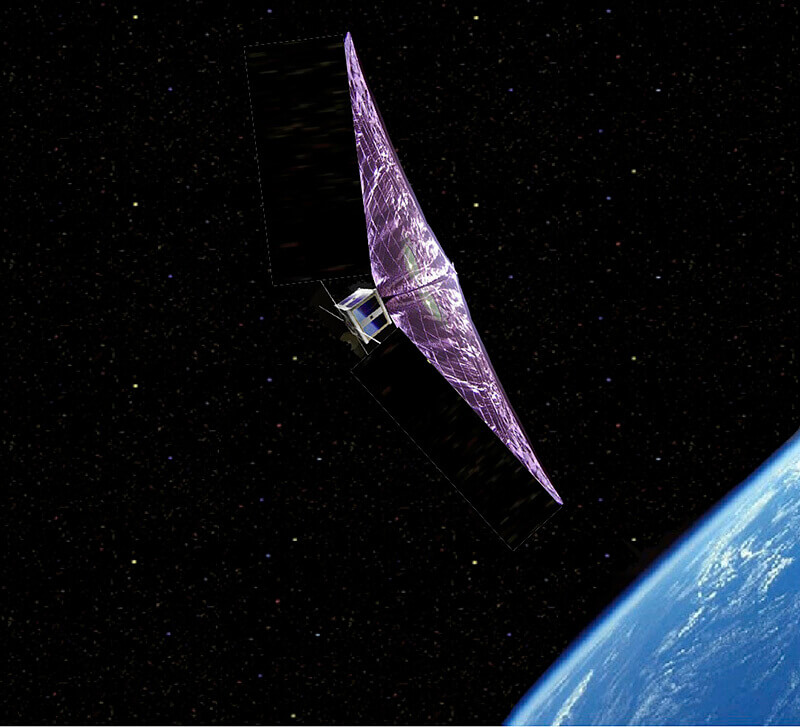 WEST LAFAYETTE, Ind. – A Purdue University-affiliated startup that is developing technology to help remove debris from Earth orbit has received an award from NASA.

Vestigo Aerospace LLC will receive $125,000 from a NASA Phase I Small Business Innovation Research (SBIR) grant. Vestigo was founded by David Spencer, a Purdue alumnus and associate professor in Purdue’s College of Engineering.

“Through the six-month study, we will advance drag sail technology for the deorbit of small satellites and launch vehicle stages,” Spencer said. “The safe disposal of space objects upon mission completion is necessary to preserve the utility of high-value orbits.”

Space industry experts expect that up to 2,600 nanosatellites and microsatellites will be launched into orbit over the next five years, and plans for large commercial constellations have the potential to add thousands of satellites to the low-Earth orbit environment. Spacecraft can stay in orbit for decades beyond their useful lifetimes, posing a risk for on-orbit collisions.

“Vestigo Aerospace is developing a product line of drag sails to address the need for deorbit capability as an alternative to conventional propulsion systems,” said Spencer, who worked for 17 years at the Jet Propulsion Laboratory before joining the Purdue faculty. “The team will also investigate the use of dragsails for targeted reentry of space objects, to reduce the uncertainty in atmospheric reentry corridors and debris impact zones.”

Spencer said the sails would launch attached to the satellites or launch vehicle upper stages and then deploy at the end of the mission to slow down the objects, remove some energy and help them to deorbit safely.

Vestigo is partnering with the Purdue’s Space Flight Projects Laboratory on the Phase I investigation. Vestigo also has received support from the Purdue Foundry.

Eileen Dukes, chief technology officer of Vestigo Aerospace, is the principal investigator for the SBIR study. Alina Alexeenko, a professor in Purdue’s College of Engineering, is the Purdue lead for the investigation.

The researchers are working with the Purdue Research Foundation Office of Technology Commercialization to patent the technology. They are looking for additional partners and those interested in licensing the technology.

The work aligns with Purdue's Giant Leaps celebration, acknowledging the university’s global advancements made in space exploration as part of Purdue’s 150th anniversary. This is one of the four themes of the yearlong celebration’s Ideas Festival, designed to showcase Purdue as an intellectual center solving real-world issues.

The Purdue Research Foundation Office of Technology Commercialization operates one of the most comprehensive technology transfer programs among leading research universities in the U.S. Services provided by this office support the economic development initiatives of Purdue University and benefit the university's academic activities through commercializing, licensing and protecting Purdue intellectual property. The office is managed by the Purdue Research Foundation, which received the 2016 Innovation and Economic Prosperity Universities Award for Innovation from the Association of Public and Land-grant Universities. For more information on licensing a Purdue innovation, contact the Office of Technology Commercialization at otcip@prf.org. The Purdue Research Foundation is a private, nonprofit foundation created to advance the mission of Purdue University.