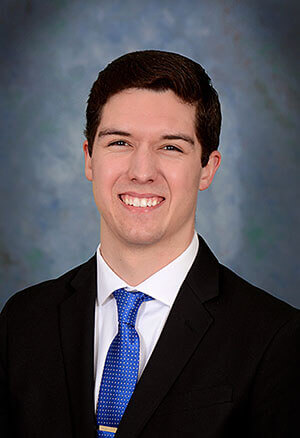 Scott is pursuing undergraduate degrees in industrial engineering technology and organizational leadership, and plans to attend law school after graduation. He is involved in the Greek community on campus, serving as vice president of administration for the Interfraternity Council and standards board chair for Sigma Tau Gamma. He previously was a host for the Old Masters Program and now serves on the Old Masters Central Committee. Scott also holds a student position in the Office of the Dean of Students.

The student trustee is the student representative to the Board of Trustees, serves on the board’s Academic and Student Affairs Committee and Physical Facilities Committee, and has an equal vote on all actions taken by the board.

Thompson, of Chicago,  has served on the board since 2009. He earned a bachelor’s degree in electrical engineering from Purdue in 1984 and was awarded an honorary doctorate from Excelsior College in Albany, New York.

Beck, of Atlanta, Indiana, was appointed to the board in 2013. He is a Purdue alumnus, having earned a bachelor’s degree in agronomy and a Master of Arts degree in agricultural economics. Beck received his Honorary Doctorate of Agriculture from Purdue in 2007.

DeKryger, of DeMotte, Indiana, is one of three alumni trustees, having first been elected by the Purdue Alumni Association in 2016. He earned a bachelor’s degree in biology from Calvin College and holds a master’s degree from Purdue’s College of Agriculture, which he received in 1983.

A news release from the governor’s office is available online.