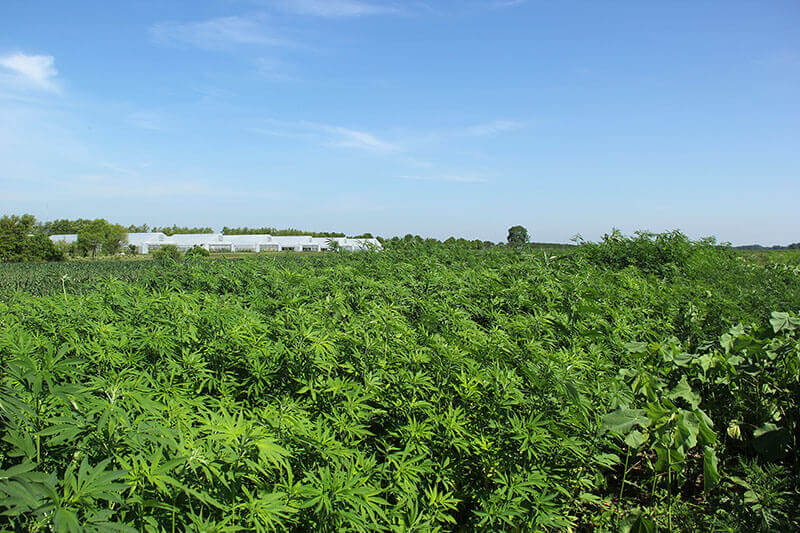 Farmers interested in growing now-legal hemp have little information to guide them. Research from Purdue University scientists, led by Kevin Gibson, will answer questions related to organic production of the crop. (Photo courtesy of Kevin Gibson)


WEST LAFAYETTE, Ind. - When the 2018 Farm Bill legalized production of hemp, the deluge of phone calls from potential growers to scientists and state administrators quickly made it clear how little information is available for those hoping to plant the crop.

Purdue University scientists have plans to change that with the help of a nearly $1 million U.S. Department of Agriculture grant. Kevin Gibson, professor of botany and plant pathology, will lead a team exploring questions related to organic hemp production.

“There’s certainly tremendous interest and tremendous opportunities, but the reality is that this is a crop we haven’t grown on significant acreage for 70 to 80 years,” Gibson said. “The knowledge base to be successful needs to be developed.” 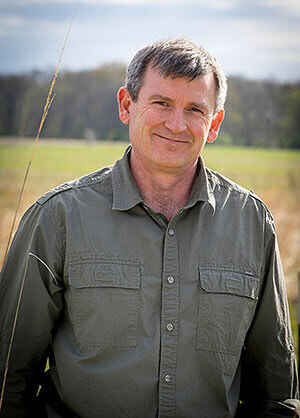 Understanding organic methods is especially important, Gibson said, because there are no legal pesticides that growers can use on hemp. In the U.S., those chemicals are developed and approved only for specific crops, and it would be illegal to use a pesticide developed for corn, for instance, on another crop such as hemp.

“This is a great opportunity to develop organic practices that can reduce the reliance on pesticides for all hemp growers, Gibson said. “We also want to know how hemp might fit in rotation with other crops, how it might fit into a soil conservation system, and how cultivars and the timing of planting will affect growing success.”

Gibson also is interested in how hemp may improve the viability of cover crops, which are difficult to grow in some areas because of late commodity crop harvests. Since hemp has a shorter growing season, it may be more practical to plant cover crops in the late summer.

“Reducing tillage and growing crops using organic methods has several benefits, including sequestering more carbon in soil,” Omondi said. “There is some evidence that cover crops after hemp would not require tillage. Hemp may also suppress weeds, which are always a challenge in organic systems.”

Purdue’s research team includes John Couture, assistant professor of entomology and forestry and natural resources; Janna Beckerman, professor of botany and plant pathology; and Ron Turco, professor and head of the Department of Agronomy. Maria Marshall, professor of agricultural economics, will explore supply chains to gain an understanding of how hemp will go from farm fields to consumers. Marguerite Bolt, a hemp extension specialist, will help to communicate the results of the research to farmers.

Don Robison, the seed program administrator for the Indiana State Chemist’s Office, said Gibson’s work will be a significant help. Since the Farm Bill was signed into law late last year, everyone in his office has had to purchase headsets to handle the influx of calls. He’s also logged more than 13,000 emails related to hemp.

Right now, Robison’s office is advising that hemp cannot be grown commercially until 2020 at the earliest because the USDA has not provided federal rules on growing the crop, and that’s delaying development of state rules. Even so, people are asking his office how they can best protect the crop from pests and disease when they do plant it. The best information he has at the moment is about cinnamon oil and other items the Environmental Protection Agency considers safe for all crops.

“Those solutions probably don’t work well, however,” Robison said. “Improving our understanding of organic growing methods is going to be crucial because the large pesticide companies aren’t going to race to develop chemicals for the hemp industry because it will be a drop in the bucket compared to crops like corn and soybeans.”

In the meantime, Robison is pointing those interested in knowing more about growing hemp in Indiana to a frequently asked question primer on the Indiana State Chemist’s website. That can be found at https://www.oisc.purdue.edu/hemp/pdf/hemp_faq.pdf.

Questions about growing hemp can also be directed to Bolt at hemp@purdue.edu.