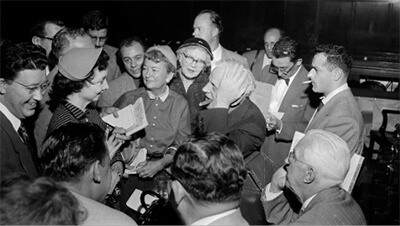 WEST LAFAYETTE, Ind. — Purdue University’s Archives and Special Collections, home to the largest collection of papers that once belonged to Amelia Earhart, is now home to the collection of another 20th-century female icon, Dorothy Kilgallen. An intrepid investigative reporter, journalist and television star, Kilgallen’s probe into the John F. Kennedy assassination is essential to understanding U.S. history.

As two women who succeeded in male-dominated professions in the 1930s at a time when many felt that paying jobs should be reserved for men, Earhart and Kilgallen are linked in their life stories. Earhart even offered advice to Kilgallen on aviation 84 years ago, before Kilgallen competed in the famous 1936 “Race Around the World.” Earhart advised Kilgallen to “forget you are flying, and you won’t even get weary.”

Kilgallen later completed the race, becoming the first woman to circle the globe using only commercial aircraft. From there, Kilgallen, a college dropout who, like Earhart, had to overcome gender discrimination, rose to prominence in journalism and was eventually celebrated as "the most powerful female voice in America," becoming an inspiration for a new generation of young women aspiring to become journalists. 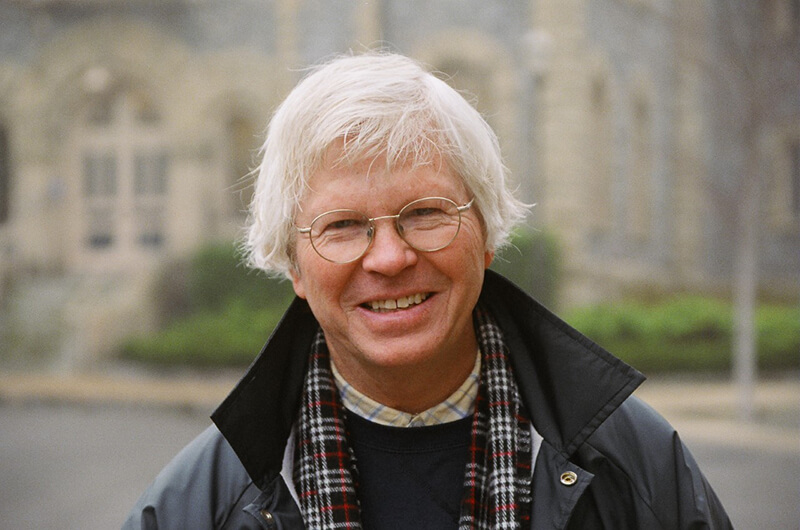 William Randolph Hearst Jr. said of Kilgallen, “Dorothy wanted a career that would fly high and fast like Charles Lindbergh, Amelia Earhart, and Howard Hughes; she achieved these goals.”

She climbed to the top of the journalistic world when her New York Journal American columns were syndicated across America, and she gained fame as a star panelist on the CBS program “What’s My Line.” A reporter known for her integrity and pursuit of the truth, Kilgallen covered such high-profile cases as the Dr. Sam Sheppard trial and Charles Lindbergh baby kidnapping trial, the former of which became the movie, “The Fugitive.” She died under mysterious circumstances in 1965. More about Kilgallen’s exceptional life can be discovered at www.thedorothykilgallenstory.org.

The collection, which includes Kilgallen’s columns and articles about the assassination of President John F. Kennedy and the plot to kill him, is made possible by Purdue alumnus and bestselling author Mark Shaw. Shaw is a former noted criminal defense attorney and television personality, an ABC, CNN, ESPN and USA Today legal analyst for the Mike Tyson, O.J. Simpson and Kobe Bryant cases, and the published author of over 25 books. These works include the "The Reporter Who Knew Too Much" and "Denial of Justice," written about Kilgallen and her investigation into the Kennedy assassination. In all, Shaw, whose presentations and interviews have garnered more than two million views on YouTube, has written five breakthrough books about all aspects of JFK's death, including "Collateral Damage," to be published in April 2021.

Shaw’s donation of his body of work makes Purdue a destination for researchers eager to access the most recent developments in the Kennedy assassination, including accounts of the Jack Ruby trial transcripts - documents critical to understanding the assassination.

“We are delighted that Mark Shaw has chosen Purdue Archives and Special Collections as the home for this impressive collection,” said Beth McNeil, dean of libraries and Esther Ellis Norton Professor of Library Science. “Shaw’s work touches on some of the most interesting and impactful events and individuals of the 20th century. In this respect, the collection beautifully complements others at Purdue, like the Amelia Earhart and Neil Armstrong papers. All provide a rich, primary account of 20th-century American history.”

Shaw's donation includes articles focused on his own legal career and videos of his appearances on television programs such as ABC’s “Good Morning America.” His many books include publications centered on Indiana-connected subjects such as biographies of basketball hall of famer Larry Bird (“Larry Legend”), spy Jonathan Pollard (“Miscarriage of Justice”), New York Yankees pitcher Don Larsen and his perfect game in the 1956 World Series (“The Perfect Yankee”), Holocaust survivor Cecelia Rexin (“Courage in the Face of Evil”), and golf course designers Pete and Alice Dye (“Bury Me In A Pot Bunker”). A mentor to other aspiring writers, Shaw also authored “How to Become a Published Author,” a practical guide to becoming published. More information about Shaw is available at www.markshawbooks.com.

“I am so honored that my contributions to history will be included in Purdue’s archives so that students, faculty, alumni and the general public may use them for research,” Shaw said. “The lessons learned at the university were the stepping stones to whatever I have accomplished in life. When I was struggling, I recall one professor telling to keep trying, to never give up, and that has been my credo ever since.”

Sammie Morris, professor and head of Archives and Special Collections, said, “It is so fitting that Mark Shaw has selected the Purdue Archives for preserving his life’s work. Purdue is proud to be the alma mater for such a prolific author who is a recognized expert on many of the people and major events in 20th-century U.S. history. This donation ensures that current and future generations of researchers will have access to Mr. Shaw’s writings and investigative discoveries, which will advance further learning and scholarship about Dorothy Kilgallen, John F. Kennedy, and the many other historical figures represented in Shaw’s work. We are grateful to Mr. Shaw for trusting us with the preservation of his papers and honored to be the repository that provides access to them.”